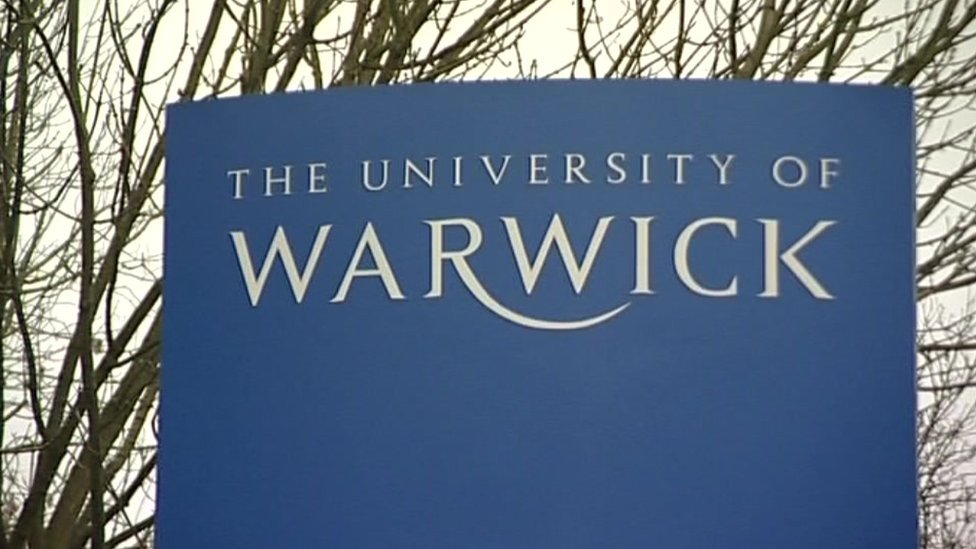 Students will have to take exams up to six weeks earlier than expected after mistakes in a timetable.

A provisional schedule for University of Warwick undergraduates was withdrawn in March due to inaccuracies.

Students say just 6% of dates remain the same in the final timetable, with some exams up to 42 days earlier.

The university said the provisional timetable was taken down due to "significant" difficulties and students had been told to disregard it.

Thousands of undergraduates are thought to have been affected by the changes to the exams, which start on 13 May.

Larissa Kennedy from Warwick Students' Union said exams had moved forward up to 42 days and advised those affected to apply for mitigation.

"Students have calculated that only 49 of the 798 exams on the final timetable are the same as on the provisional timetable," she said.

Second-year maths student Blake Davies, 20, said seven of his exam dates had changed and a three-week gap between tests had been shortened to one week.

A second-year economics student, who did not want to be named, said her toughest exam had moved forward by a month when the final timetable was shared on 17 April.

"It's really stressful as we don't have time to prepare. It's really worrying, these exams count towards our degree," she said.

In a statement the university said the provisional timetable had been taken down due to "significant, critical and unforeseen difficulties".

The final version was published a week earlier than planned and the mitigating circumstances process would operate as it had in previous years, it added.

More than 2,600 people have signed an open letter calling for a change in exam weighting "as compensation for the lack of organisation".

Looking for a British School in the Middle East?

Looking for an Educational Supplier?